In the late 1960s young California police officer with ties to the racing community was challenged by his colleagues to create an engine package that could keep up with the newer faster vehicles coming into the market. Needless to say, this concept was met with huge resistance by the department, so without direct knowledge modifications were made to specific vehicles. They soon learned there were certain cars that lend themselves to reasonable performance modification than others. When it came time to purchase a new fleet of vehicles for the department they used the information obtained to purchase FORD vehicles!

In the mid to late 70s Ford had decided to stop supporting their racing division creating a huge need/demand for performance related products. With the demand building Arthur T. Francis was forced to reach out to the existing Ford racing community which consisted of very few names at that point. Thanks to the efforts of a few racing teams and engineers, Art T. Francis would have his first castings.

Soon after A. T. Francis started production customers wanted to know who, what, where, and when? With these products looking almost identical to original tooling, people wanted to know why his casting look significantly better than the previous OE pieces? The answer was simple: quality over quantity. Working off of a police officer salary he was limited to X amount of pieces, and it was at this point he learned; when the foundry cast 50 pieces versus 500 they were forced to put more attention into each individual piece; and not view those pieces as a commodity. This also allowed A. T. Francis to give each individual piece the attention they needed as well, and as Art was finishing up his first batch of castings he was forced to ask himself: would I like to use this piece on my engine? Art realized he was making these pieces to industry standards, but these were the same standards he had been critical of while working on his own engines. A change had to be made and a standard had to be introduced. Art went to a polishing supply store using the rest of his savings to purchased polishing wheel grinders and cartridge rolls; spending weeks in his garage grinding and fixing product he created a new standard.

Remembering all the work he had done, he decided to take the manifolds to a machine shop that machined to aircraft standards. Soon after the machine shop informed Art in order to get the most accurate finish and dimensions they would need to have exact Ford blueprints and specifications. After weeks of communication within Ford, he was finally given a lead to Ford Component Sales where he was able to obtain all necessary blueprints and specifications he would need for years to come.

After realizing all the effort necessary for each individual piece, he had to give it a name. Blue Thunder would be the new industry standard for Ford performance and aftermarket racing components. Blue Thunder product would force the industry to raise the bar to a new level thus helping every Ford aftermarket performance customer. While A. T. Francis was putting manifolds on four and five axis CNC machines his competitors were taking their castings from machining to another subsequently changing dimensions. Yes, Art knew that this was the most expensive ways to machine the product, but he knew his customers needed, expected and wanted the best!

What makes Blue Thunder product superior to others? We do not own a foundry, if Blue Thunder received a product that is not to their standard; it’s rejected! A. T. Francis/Blue Thunder is well known through the automotive and aircraft industry to reject as much as 50% of the casting they receive in order to maintain a superior product. Most companies who own their own foundries are forced to accept lesser quality pieces in order to keep the profit margins in the proper equation. Blue Thunders set up to pressure test any and all pieces going through their facility, as were other companies pressure test (maybe) 1 out of 100. Are your pieces shot blasted with stainless steel shot media? At Blue Thunder we will not allow our castings to be shot blasted with iron, allowing your aluminum casting to rust years down the line. In order to keep an accurate and clean machine finish we use diamond cutters and other leading edge techniques. These are just a few things that keep A. T. Francis/Blue Thunder products a step above. At Blue Thunder products we have a passion and understanding of the Ford racing products that’s why 99% of the product we sell is for the Ford Industry. We know Ford Products! 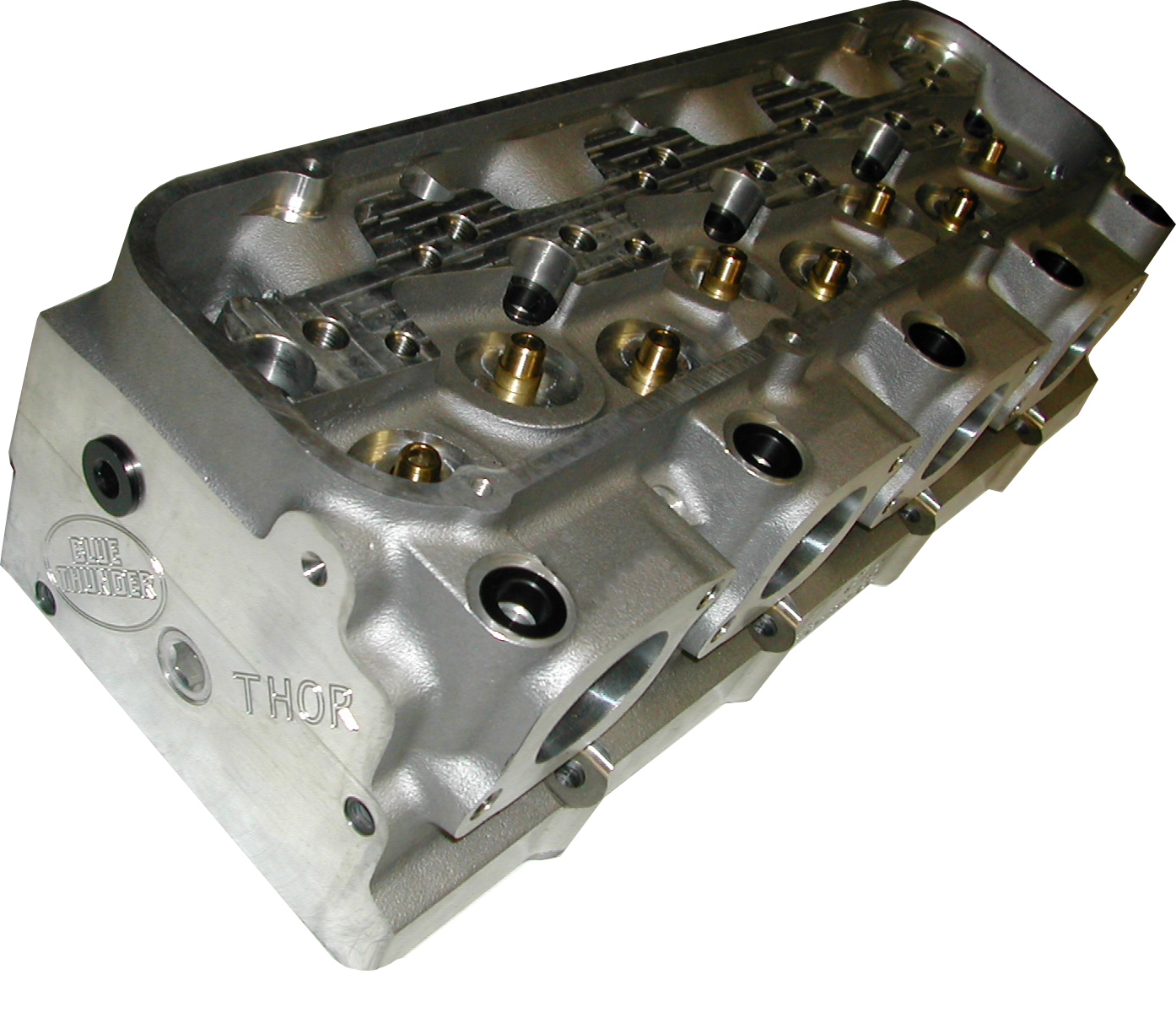